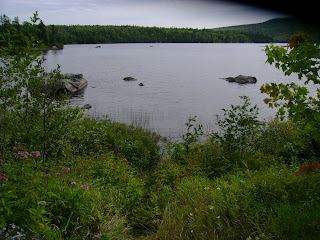 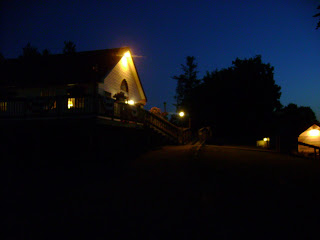 We have a policy at the house where students are not allowed to have cell phones, IPODs or other devices. One main reason is that they can call someone up and set up a jail break of sorts. The other is that you can create a spark and ignite something like a half smoked cigarette butt. We make one exception for IPOD's and MP3 players. This is a long trip and we allow them to have them so the trip is more bearable for them. Also, when you go that far in Maine you generally pick up one radio station. I told the kids," I want you all to watch and listen to this." I turned the radio on and pressed the seek button. The radio self tuned through the whole spectrum several times and locked on one radio station. A hard rock station. They were all surprised. Two of the counselors stated that they had no cell phone reception. This was the case for at least seventy five miles of where we were. This was a real culture shock for people who live in a compact area.
All of the students had a great time. They had a unique and enriching experience that can demonstrate alternatives to getting high.
Posted by JohnW at 4:42 AM